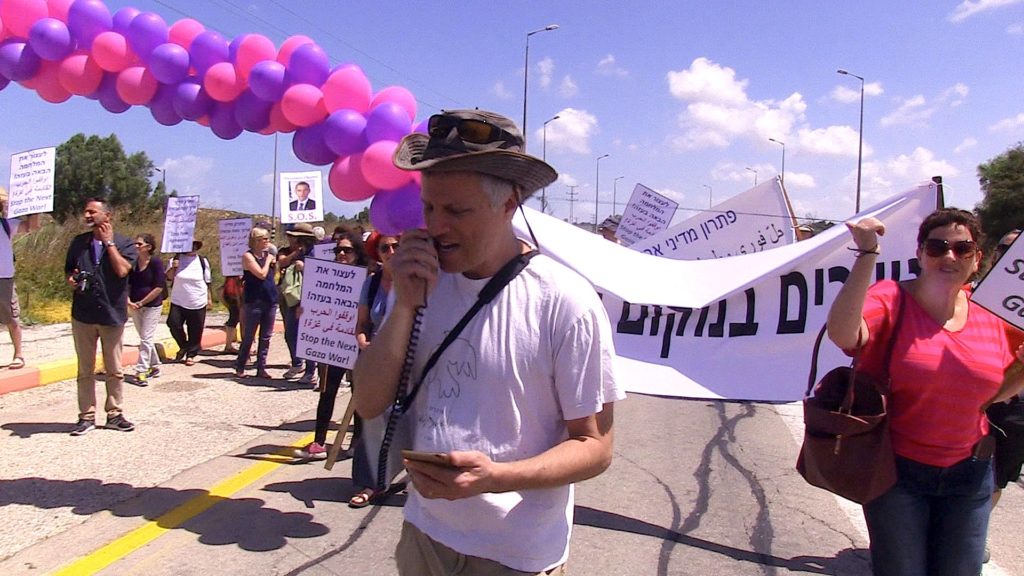 The battle line in the Israeli-Palestinian conflict is drawn at the border towns of Sderot and Gaza, neighboring towns separated by a wall and a few hundred yards. People on both sides hate each other; their governments interact only through bombs and wars.

But, a few people on either side are trying to change that narrative with friendships across the hostile borders.

These are not your normal friendships. They live under the shadow of death. They have lost friends, families and properties. But, instead of hate, they have chosen love and are bridging the river of blood with friendship.

Unlike most friendships, they hardly ever meet because their governments forbid it. Organizing and communicating though phones and social media, they have staged events and rallies in Sderot and Gaza, often at the risk of their lives.

ASWAT ACHERIM (Other Voices) is their story.

ASWAT ACHERIM shows a neighborhood torn apart by the conflict, the people across enemy lines fighting for a change, a change that will lead to the end of the wars, stop the loss of lives, destruction of properties and end the culture of fear.

The film is an inspiring testament to the power of hope and positivity and a path to the end of the bloodshed and wars. It emphasizes the importance of dialogue, friendship and peace.

We have partnerships with dozens of groups across the Middle East, Europe and America devoted to using the film as a tool for peace, friendship and good neighborliness. They will organize screenings, talks and special events around the film.

We are always adding partners and supporters. If you’d like to be a partner or supporter, PLEASE CONTACT US